Czech Radio Radiožurnál has joined the ranks of media partners of the prestigious Barum Czech Rally Zlín. One of the most popular Czech radio stations can be tuned at the 49th edition of the Barum Rally, included in the FIA ERC series and the closing event of the Autoclub Czech Rally Championship 2019 (MCR). Radiožurnál is also the principal partner of the SS Semetín, which is scheduled for Saturday, 17th August. 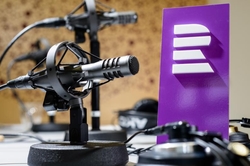 Radiožurnál is a public radio station. It is a part of Český rozhlas (Czech Radio), which is a Czech public service broadcaster initiated by legislation. Radiožurnál offers 24/7 fast and quality information service about current affairs in the Czech Republic and abroad. It brings news from the economy, politics, culture, and sport, but also up-to-date information on traffic. It offers instant and fast news at any time and has priority over any scheduled program.