Changes in public transportation during the Barum Czech Rally Zlín

Transportation company DSZO, s.r.o. announces changes to the public transportation lines during the Barum Czech Rally Zlín, which will be held from 30 August to 1 September 2013.

During the city Super special stage on Friday 29 August in the evening the Gahurova street will be completely closed. From 5:45 p.m. to 11:30 p.m. DSZO will establish alternative lines between city centre and districts Jižní Svahy, Mladcová and Paseky with a retour through Prštné. Bus stops U Zámku and Čepkov will not served. During the closure the trolleybus line 6 from Otrokovice will be redirected to the stop Zlín, Školní and will depart back from its stop Náměstí Míru. 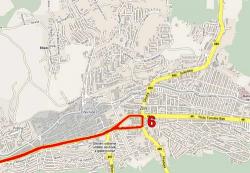 Trolleybus lines 8 and 9 will not go to Jižní Svahy, but will be redirected to terminal station Sportovní hala. 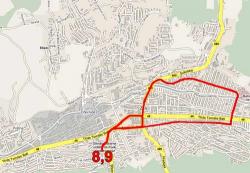 Extra lines 8X and 9X from stop Náměstí Míru and then through Náměstí Práce will go in 20 minutes interval to terminal stations Kocanda or Středová. 8X and 9X will go with a retour through Prštné and will rejoin the original route before stop K Pasekám. In reversed direction from the district the lines will contain stops Náměstí Práce, Školní and its route will be ended in stop Náměstí Míru. 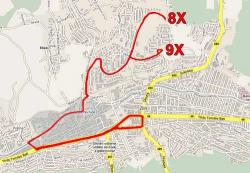 Bus lines 32 and 33 will go through Prštné and will be several minutes delayed due to the detour. 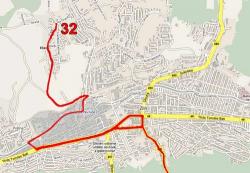 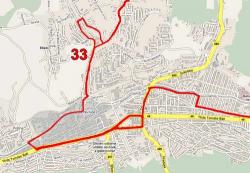 Bus line 38 will be reduced by cancelling two connections in both directions – connections from stop Baťova nemocnice at 5:38 p.m. and 6:08 and in direction from stop J.A. Bati at 5:50 p.m. and 6:20 p.m. will be cancelled with no substitution.

The ticket inspectors will accept single journey tickets when changing for alternate buses and will also take into account longer ride times.

On Sunday 31 August there will be, with respect to organising the special stage Maják, closed the street. Buses will miss the stops Maják-točna and Ke Křibům and will go directly from roundabout to next stop Krematorium. This limitation is valid for both line directions. Last connection in its original route will go at 6:56 a.m. from stop Náměstí Práce, the first one after re-opening the road will go at 6:32 p.m. 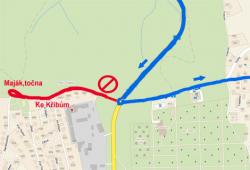 Shuttle bus from Náměstí Práce to U Majáku
By the Barum Czech Rally Zlín organisers' order there will be on Saturday 30 August established an extra bus line between Zlín centre and the special stage Maják. The shuttle buses will go between Náměstí Práce and bus stop U Majáku. Then they turn back at the roundabout and go back to the city. The line departures are fixed with time schedule, the buses will leave about twice per hour. First depart from Náměstí Práce will go at 5:43 a.m., the last one at 5:40 p.m. This bus line is free of charge as the costs are paid by the rally organisers.